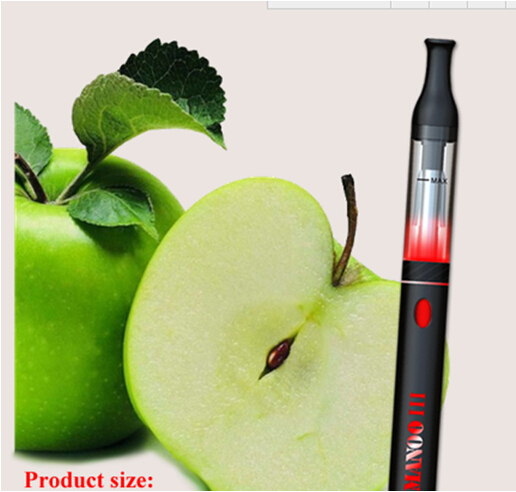 A month ago, Amanoo try to start doing more to promote the market for their good performance e head.So they contacted the Indoorsmokers which is called electronic cigarette evaluation experts on YOUTUBE.Through several attempts, they contacted with Indoorsmokers, and sent the samples.As the E head is not in Indoorsmokers’ routine tests range, so they put E head hold on for some time.But with experience of Indoorsokers in electronic cigarette industry and e head’s novel and compact appearance, they made a try-Trying My First E Hookah!Good product will always stand the test of the market.After this video was open, click-through rate quickly broke through the 30,000 times, made Amanoo portable e head become fame quickly.

The Chinese National Day will come soon. AMANOO will take 5 days off from 1th, October to 5th, October. However, if you have any questions, do not hesitate to contact us please. We will reply as soon as possible once we come back.

Sorry for the inconvenience .

We would like to take this opportunity to wish you and your families all the best for a nice holiday.

The Inter-Tabac 2014，an annually exhibition of tobacco products and smoking accessories, held successfully in Dortmund on 19-21 September 2014. The leading professional e-cigarette designer and manufacturer Weecke , attended the exhibition along with their original brand Amanoo,Weecke.

During this international exhibition, Weecke made a comprehensive show for the latest tech products like C-vapor ,HOLO ,E hookah head, as well as the good service and the unique enterprise culture to customers. Lots of potential customer visited Weecke’s booth for business purpose, especially for the new designed tobacco vaporizer C vapor, the new e cig device HOLO and the e hookah head. We believe Weecke will obtain quality partner after the 2014 Inter-Tobaco exhibition.

To be a E-Hookah fans , must know the evolution of e-hookah firstly. Amanoo edit these words about E-hookah for you better reference.
The E-hookah is one of the newest vaping devices to hit the market. The design and the idea go back to the 14th Century and the overall usage of the hookah has remained the same through throughout history, however as of recently, the hookah has been revamped for the modern day electronic cigarette user.
The e-hookah and e-cigs are rather similar as far the vapor production is concerned. In a typical hookah, hot coals heat the Shisha to vapor it and then it can be smoked. Just like an electronic cigarette there is an heating element that warms up the e-liquid to create a vapor. Take both of these devices and combine them, and now you have the best of both worlds!
The cool factor of being able to share in the vaping experience with friends and instead of traditional tobacco (or Shisha) you can mix and match different flavors without all the negative side effects of smoke, tar and the burning tobacco. Hookahs are considered a great way to socialize with friends and can be very popular at parties but the majority of e-hookah users are finding themselves looking to take the great taste of the hookah to a more personal experience – that’s where the e-hookah pens come in to play. The disposable hookah pens are rapidly becoming more and more popular due to the lack of harshness that some ecigs may produce. Most e-hookah pens deliver a more earthy-tobacco taste than say, a personal vaporizer. Most users typically choose a e-hookah without nicotine – as this option releases the flavor of choice a little more cleaner, allowing it to be much more robust. Traditional tobacco flavors will always be a best seller but due to the nature of portable e-hookah pens, but luckily its harder to not find a flavor you are looking for as the catalog of flavors is practically limitless.
When choosing your first, or next e-hookah there are three main aspects to focus on: battery power, ease of use and most importantly finding that eliquid/juice flavor(s) that makes it all worth while! Shisha flavors are normally the way some vendors describe their eliquid options, to keep the authenticity of the device to its predecessor. Like most electronic vaping devices, e-hookahs offer the same great features as those of an ecig – no tobacco, no tar and in some cases rechargeable.

Dr. Umberto Veronesi, a reputed Italian surgeon and scientific director of the European Institute of Oncology, has recently spoken in defense of electronic cigarettes as a way of fighting lung cancer and generally improving public health.

For years, Dr. Veronesi, along with other Italian health experts like Carlo Cipolla, of the European Institute of Oncology, Ricardo Polosa, of the University of Catania and Umberto Tirelli, of the National Cancer Institute in Aviano, has been preaching about the benefits of using electronic cigarettes as an alternative to smoking. After witnessing firsthand the damage caused by tobacco cigarettes, Veronesi is convinced electronic cigarettes are a much less-harmful alternative and should be praised instead of attacked in the name of a ‘nonsense’ precautionary principle.

Commenting on a recent article written by Daniel Sarewitz in the international journal of science Nature, Umberto Veronesi took to one of Italy’s most popular newspapers, La Repubblica, to criticize health organizations’ hostile attitude towards electronic cigarettes. Like Sarewitz, the Italian oncologist wonders what is the point of heavily regulating e-cigarettes and wasting years on discovering the possible side-effects of electronic cigarettes when over 2 million people die of smoking-induced lung cancer every year, worldwide, and virtually everyone agrees electronic cigarettes pose a much less serious risk?

“Tobacco smoking is the leading known cause of cancer worldwide,” Veronesi wrote. “Lung cancer alone kills 2 million people every year, 40,000 of which in Italy, not to mention the other types of smoking-related tumors and cardio-cerebrovascular damage. The cigarette can therefore be considered, for the burden of premature death, disease, disability and pain that it carries wherever it spreads, a social disaster worse than any war or calamity that has ever affected humanity.” The Italian doctor adds that for the last forty years, the medical community – oncologists in particular – has been committed to eradicating smoking, but failed miserably because Governments have never really considered tobacco control a priority of their health and social policies.

This failure prompted health experts to approach the problem differently. That’s how the concept of ‘tobacco harm reduction’ was born. When it reaches combustion temperature, tobacco releases no less than 13 polycyclic hydrocarbons, known carcinogens that smokers inhale into their lungs, along with dozens of other carcinogens produced from the burning of the paper, as well as other toxins. Because electronic cigarettes replace the tobacco with a solution containing propylene glycol and/or vegetable glycerin, both considered generally safe for consumption, Dr. Umberto Veronesi considers them to be “an effective tool to combat the serious tragedy of lung cancer”. The reputed oncologist believes that if, hypothetically, all smokers were to switch to electronic cigarettes, this would result in a short term drastic reduction of lung cancer occurrence, which in time would become a rare disease.
While Veronesi acknowledges it is inevitable that electronic cigarettes are disliked by tobacco growers and cigarette companies, whose lobbying power is well-known, he emphasizes that this should not influence global health organizations to take position against the electronic cigarette using the precautionary principle as pretext. As noted by Daniel Sarewitz in his editorial, there is a huge disproportion between the hypothesis of collateral risk cited by the World Health Organization and other health groups and the certainty of a cause of lung cancer.

As evidence of the less serious risk posed by electronic cigarettes compared to smoking, Veronesi cites a pilot study conducted by the department of Public Health at the University of Catania on the efficacy and safety of e-cigarettes, as well as a recently completed study by the European Institute of Oncology which didn’t find a single case of toxicity or side-effects associated with the use of electronic cigarettes. The complete findings of this study will be published later this year.
Umberto Veronesi is one of the 50 notable health experts from Europe and the United States who recently sent a letter to the World Health Organization asking its members not to issue warnings and prohibitions based on assumptions, but rater promote scientific research and use it in the fight against cancer and cardiovascular diseases. As we previously wrote, other scientists criticized the World Health Organization as well, after it released its alarmist review of electronic cigarettes.

What Health Experts Say About E-Cigarettes

As a e-cigarettes manufactory , should study the impact of regulations on the e-cigarettes sector. Here Amanoo sharing the recently announcement from Healthy Ministry with you.

KINGSTON, Jamaica – The Ministry of Health today announced that there is no ban on e-cigarettes contrary to earlier reports.

On Monday the Jamaica Customs Agency said that it had halted the clearance of electronic cigarettes from the wharf under instructions from the health ministry.

However the Ministry is advising that the product, which contains nicotine, is not banned but requires registration and a permit to be imported into the island.

Acting Permanent Secretary, Dr Kevin Harvey said that under the Food and Drugs Act the regulation of the e-cigarette which contains a liquid, nicotine-filled replaceable cartridge is in keeping with the requirements for other nicotine products.

“Nicotine products such as gums and patches have always been registered in Jamaica and a permit issued before they can be imported.

“The Ministry does not presently have any requests or submission of information from any individual or company to register any e-cigarette product. It therefore means that there is currently no approval for importation of these products in the island,” he said.

Dr Harvey explained that over the past three years approximately four formal requests were made for permission to import e-cigarettes. However, the applicants failed to follow up their requests with the documentation required to process the applications.

“As the Minister of Health indicated, we are willing to have dialogue and work with any supplier which now has products at Customs or in the process of shipment to have the requisite registration completed and permit issued,” Dr Harvey said.

He assured that the Ministry of Health stands ready to register e-cigarettes once the appropriate documents are presented in keeping with standard practice and the requirements of the Food and Drugs Act. 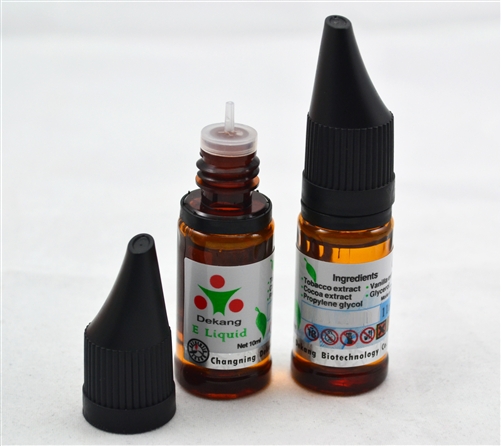 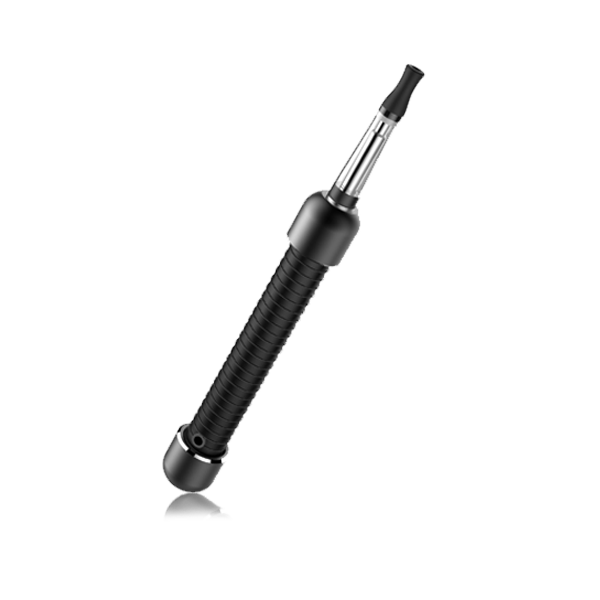 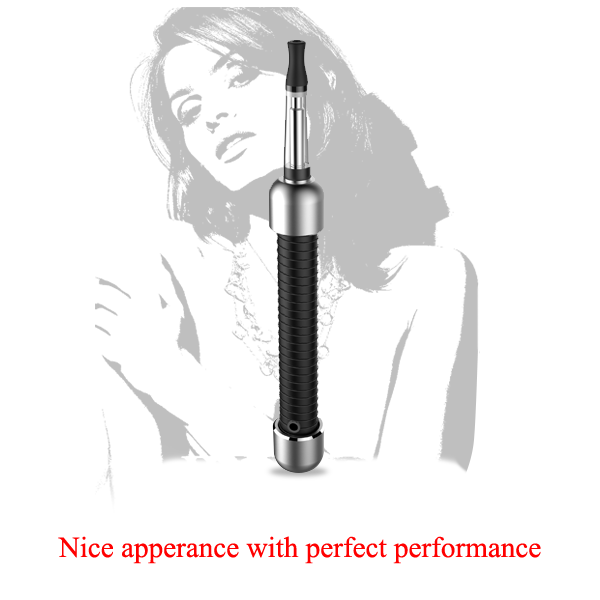 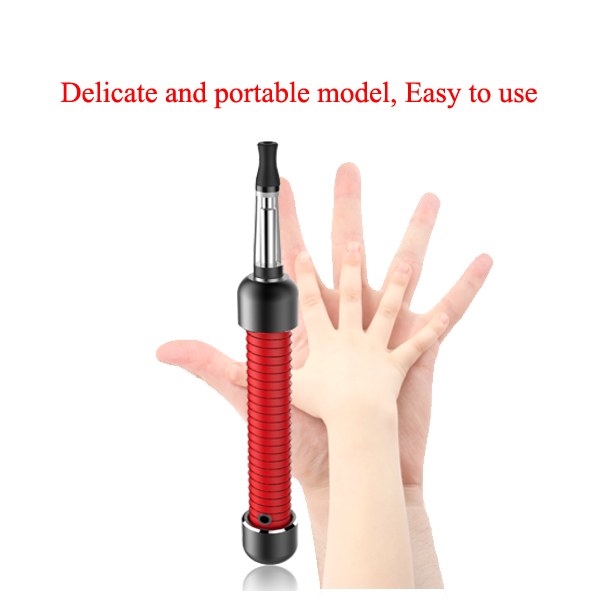 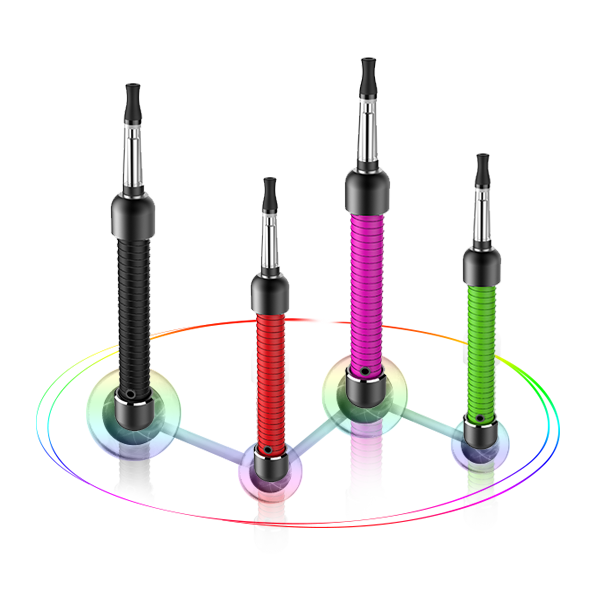 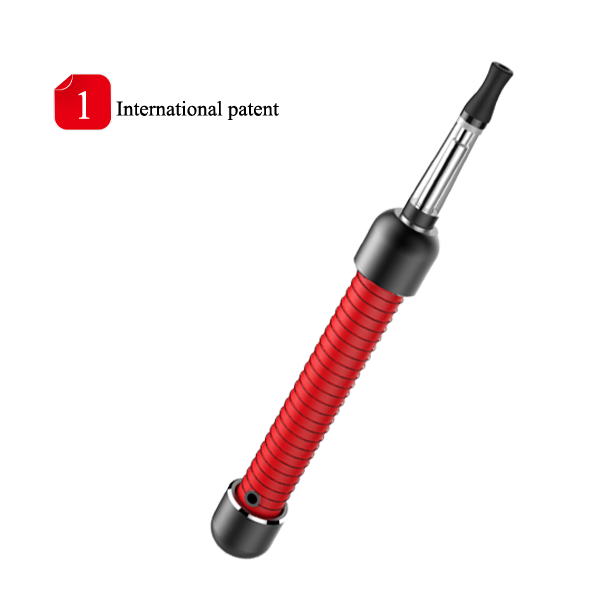 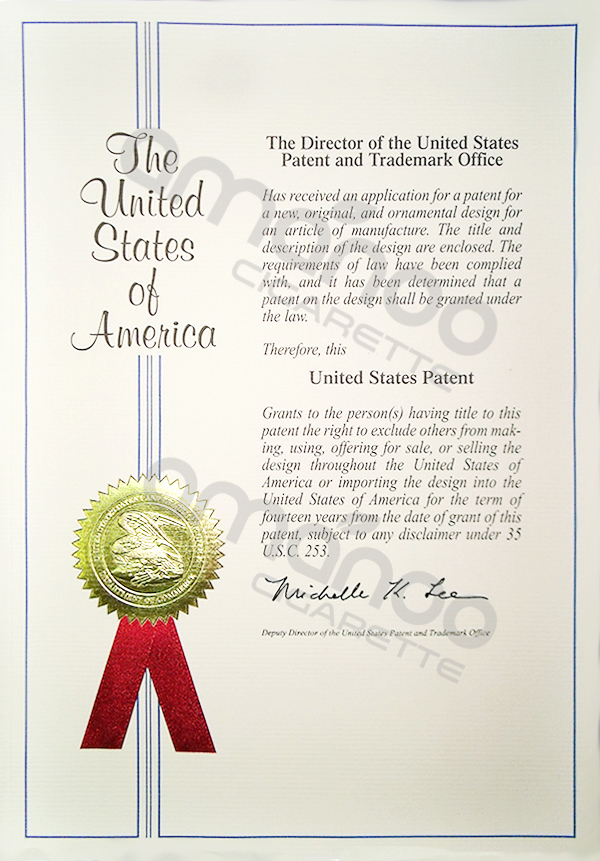 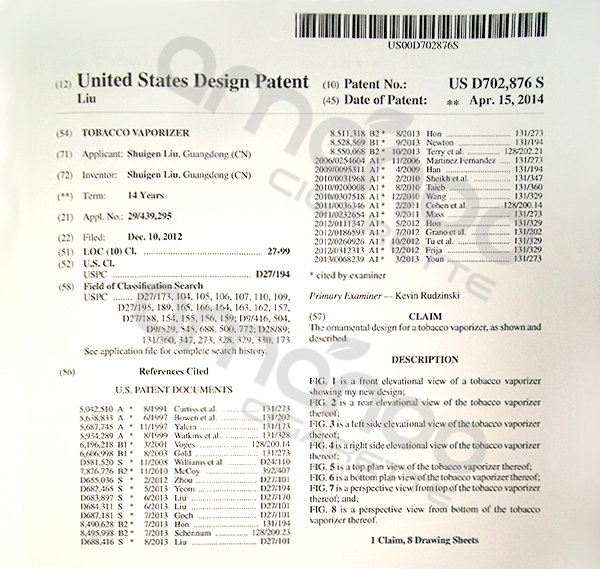